The secret to promoting your products and services 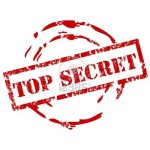 Come a little closer. Lean right in. I have something to whisper in your ear. It’s something important – possibly life, and business, changing.

I want to tell you the secret to promoting your products and services.

Here it is. There is no secret.

Okay, stick with me here. There’s more. I promise you’ll want to read through to the end.

Firstly, I have to tell you something. If you were seriously waiting for me to tell you the One Secret or One Thing to promoting your products and services, you may have what is often referred to as “silver bullet syndrome”.

This syndrome can be very serious and entrepreneurs everywhere need to be aware of its power, and its consequences.

A silver bullet was a magical mythical weapon of warfare which was supposed to have the power to kill a werewolf.

In this context, back in the real world, it refers to a simple and seemingly magical solution to a complicated problem. It refers to the tendency some people in small business have to thinking there is Just One Thing they need to be successful – if only they knew what that One Thing was!

Thing is, friends, there is no One Thing. It doesn’t exist. It’s a myth. Just like werewolves, silver bullets do not exist.

But sheesh – it’s tempting to believe they do exist, isn’t it? Silver bullets are a bit like lottery tickets – if we pick the winning numbers, we’ll be rich! If we could just find and use the silver bullet, we’d be all set! We wouldn’t have do all the things that needed to be done, including the non-sexy, unfun stuff, to get the business off the ground and up and running.

So many entrepreneurs who otherwise have their feet on the ground, don’t believe in Santa Claus or the tooth fairy, and even if they are a fan of the Twilight series, they don’t believe in vampires, werewolves or goblins, believe there just may be a silver bullet. At the very least, they don’t want to exclude the possibility of its existence.

And that’s a problem. Because it keeps them from doing the things that WILL make a difference to their business. They keep waiting for their winning numbers to come in.

But there is good news, friends. And I’m here to share it with you. Ready? Instead of a secret, a silver bullet, or a werewolf, I’ve got something better.

Secrets cost a king’s ransom (and if you’ve ever paid for a multi-thousand dollar course that promised secrets and miracles and didn’t quite live up to its hyped up promise, you’ll know what I’m talking about). And I know you don’t need to spend a king’s ransom to get what you need.

What it really takes

Instead of secrets, here’s what it really takes to promote your products and services:

A strategy, a plan, an approach

There is no substitute on this earth for taking action. One step at a time is often a great pace to take. Once you have your map (your strategy, plan, approach), then you need to work that plan, follow that map. Do the things you said you’d do. Consistently. Daily. Weekly. Monthly.

You need to put yourself out there. You need to tell people who you are, and that you’re here. That you have something to help them, a solution to their problem, a desirable thing they want to get their hands on. You want to make yourself and your offering available to people. And all this takes courage and confidence. You can’t sell a secret.

Okay, I called this one Magic to see if you were still reading. There’s no such thing as magic – really – but there is a thing called serendipity. A bit of magic dust such as getting a lucky break or making a killer connection can really boost your business onto a bigger platform. And I believe it’s true that the harder you work, the more you’re out there doing your thing day after day – the luckier you get.

At one point in your life, you believed in Santa Claus, and the tooth fairy, and the Easter bunny. But you grew up and grew out of those childish beliefs. Let it be the same with the mythical, magical silver bullet.

Go watch the Twilight series or Dr Who, or the SyFy channel if you need a bit of mythological magic in your life. That’s the best place to find it.

I can help you conjure up your own magic dust and move your business onto the next level.  Sign up for your very own VIP Day to get you started on a strong foundation to promoting your products and services.  Contact me to start the conversation!

What it really takes to get your business up and running

How to work with a coach

The truth about marketing